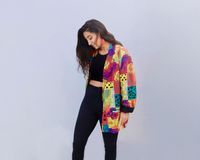 Dani El-Rassi is a Sydney based singer and songwriter whose career is taking off at a sky-rocketing pace. Dani's Debut EP is to be released on 13 September, after selling out her Debut Single Launch show at the Botany View Hotel, as well as her SOLD OUT Debut 'One Night Only' show held at Sydney's 'The Newsagency'.

Following the release of her Debut Single 'Breathe', Dani's music has reached thousands of streams internationally, and has been played on multiple Australian radio stations, playing live sets and being interviewed by various stations across NSW.

In this midst of her personal successes, Dani's career has seen her be invited to go on tour this year with Americana (Australian) Superstars Catherine Britt, Melody Moko and Natalie Henry for their 'Woman Enough' Tour. Earlier in 2019, Dani was also invited by Songwriter Ben Abraham to sing a duet at his Sold out Sydney Christmas show, as well as being invited by Hollie Col to be the main support during her Australian tour.

Dani has never been one to shy away from tackling confronting topics, in an all-accessible and relatable way for her audiences. Dani's Debut EP highlights just a taste of her ability to draw her audience in with her raw and sincere story telling, often with a lighthearted approach, providing an opportunity for the audience to warmly look at life's challenges and the growth that occurs over time.